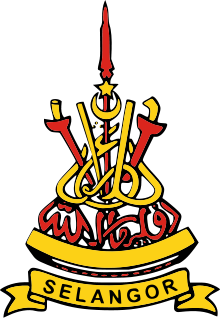 Mat Sabu of PAS was of the opinion that Anwar would be a worse PM than Mahathir while Nik Aziz thought Anwar beneath his contempt.

And yet Anwar Ibrahim somehow managed to resolve the toxic animosity of these DAP and PAS leaders towards himself and unite them with PKR convincing them that "the enemy of my enemy is my friend".....and that they should all work together against a common enemy - UMNO!

What PAS and DAP could not fathom is that they are coming together to serve Anwar's interest - not theirs!

All the hard fought positives within Pakatan Rakyat - be it the heavy weights that have joined PKR, the electoral victories and most disheartening, the reserves of goodwill heaped into PKR's vault by a trusting and at times adoring electorates, have all been lost or enormously depleted if not emptied because of Anwar Ibrahim.

For you see while Anwar Ibrahim will ask the earth of those who are with him, he will not give of himself to his supporters or his party.

All those who have joined PKR and left can attest to same.

From those who have served Anwar and PKR by putting in their time and effort to Soh Chee Wen who had put in his time, effort and many many millions of ringgits.....all of them have been ditched by Anwar without so much as a "thank you" or "by your leave." So Khalid Ibrahim is in good company.

For Anwar Ibrahim there will be other friends to make, to seek and build alliances with - how ever fleeting.

What is happening in Selangor today has the hallmark of Anwar Ibrahim all over it. The proposed appointment of Azizah as MB is all about Anwar Ibrahim - not PKR, not Pakatan Rakyat and certainly not for the people of Selangor. And because it concerns him personally he will not budge from his stand of naming only Azizah as PKR's nominee for the MB's post - no matter what the costs to PKR and Pakatan Rakyat.

Anwar knows that the Sultan of Selangor will respond negatively to the submission of only Azizah as the MB designate and his arrogance will have repercussions on PKR and the Pakatan Rakyat coalition.

Now as always some one within PKR (normally Azmin Ali) and Pakatan Rakyat (Lim Kit Siang) will have to right what Anwar has done wrong and extricate Anwar Ibrahim from the mess he has brought upon himself, PKR and Pakatan Rakyat by his act of defiance against the Sultan of Selangor.

The Sultan will not relent.

Anwar Ibrahim has now dragged PKR and PR with him towards a confrontational position with the palace. A confrontation they will not win.

At the end of the day I expect that the only other "Malay" partner of the coalition will have to step in to diffuse the situation. PAS will have to form the new Selangor government. What 'face" PAS will give to PKR and Anwar is for PAS to decide.