What will it take for the Malays to turn against the Chinese en mass?

What will take for the Malays to turn against the Chinese en mass?

What has to happen for the Malays to do to the Chinese what Field Marshall Idi Amin Dada did to the Asians in Uganda when he declared an "economic war" and issued a decree ordering the expulsion of 80,000 Asians, the expropriating of their properties and businesses which he handed over to his supporters - who predictably mismanaged the businesses -  that led to the collapse of the Ugandan economy?

How would you fuel the Malays into anger and hate for the Chinese so intense that the May 13 racial riots would be a shadow of what will happen once the fury of the Malays are unleashed?

If you look around you today there are already budding Field Marshals who consider themselves clones of Idi Amin wandering around the fringes of executive political power in Umno, PKR and PAS and more worrying strutting down the corridors of power in Putrajaya. Some of them have already declared "economic war" upon the Chinese. They have already proposed the marginalization of the Chinese from mainstream education, politics and business and have already succeeded in doing so through government policies, political maneuvering overtly and covertly and they have within their grasps the ability to make these changes irrevocably permanent if allowed to do so by the powers that be.

How do you fuel Malay anger and hate against the Chinese? Look no further than the current Selangor impasse between DAP and the Sultan of Selangor. How many Malays are already up in arms over the perceived insult that the Chinese have shown to their Sultan? What do you think it would take for these Malays to be encouraged to spontaneously demonstrate in large numbers in and around Selangor (and nationally) to show their solidarity with their Sultan? And from there what do you think it would take to allow these spontaneous demonstrations to develop into full blown riots directed towards DAP and the Chinese? Not much! We have seen this happening in Malaysia too many times when demonstrations against elements that are anti Umno are left to their own devices - the authorities blatantly looking the other way and are most times conveniently absent.

Will it happen?
That depends on who is running this country. BN or Pakatan Rakyat. Hopefully someone else because both these factions have not shown political maturity and do not deserve to be given any opportunity to decide our nation's future destiny. This by itself is a forlorn hope because for now there is no one else on the horizon that could remotely challenge the ascendancy of either of these two coalition in the political future of our nation. And yet we know that both these factions will play on race and religion as their trump card if that is what is required to put them into government. So expect religious and racial strife to be a feature of politics in the next decade or so.

When will it happen?
Will it be Umno's or Pakatan Rakyat's call as to when all this will happen? It goes both ways. For Umno race and religion is their weapon of choice when they go into political battle with the opposition and so it stands to reason that race and religious strife is always an option if it will win them an election. And time and time again Umno have proven to themselves that it has been an election winner that decides who will govern Malaysia.

For Pakatan Rakyat the same thing applies. Race and religion divides not unite the Pakatan Rakyat coalition. Already the Selangor situation today has torned the fabric of consensus within the coalition...perhaps irrevocably...and PAS is thinking that maybe now is the best time to leave Pakatan Rakyat and make its own way towards Umno, Malay and Islamic unity or go it alone to remain true to its fundamental principles of fighting for Islam before political expedience. How they will decide on this is still uncertain but you can be rest assured that it is being debated robustly within PAS.

DAP has been and will always be a Chinese entity and it will always have to turn to the Chinese for its politcal relevance and their votes to remain in Penang. In Selangor they have flexed their muscles and told PAS and PKR that they, not PKR or PAS, holds the balance of power!

So when will it happen?

It will happen as and when these political factions thinks it would best serve their needs and wants. It is a trump card that all are reluctant/eager (cross out what you think is not relevant!) to play until and unless their hands are forced...then they will have no qualms to appeal to their loyal "supporters" to do the necessary in order to ensure their political survival. Without the Chinese in Penang DAP is history. PAS in Kelantan has all that it needs to stay in power - race and religion - all bundled tightly into a a solid mass that even Umno, for now, cannot penetrate. PKR will do what Anwar Ibrahim wants them to do. You only need to cast your mind to the time when Anwar was with Umno until today to see for yourself where that will take PKR....possibly to hell and back....and maybe soon it will just be to go back to hell and there will be no coming back.

Who will make it happen?
I would think the better bet would be Umno and the Malays because they have the political will and the numbers to ensure victory. Not Malays like me and Malays who prefer to think for themselves and rationalize what is best for themselves, best for their families, best for all Malaysian and best for Malaysia. Our numbers are small and will have no bearing on the final outcome of such a putsch. But then even Malays like me are slighted by the manner in which DAP has chosen to involve themselves in supporting Anwar Ibrahim whose interest in the whole issue is not relevant to Pakatan Rakayat or Selangor - but are singularly inclined towards his own vested selfish interests. It would not take much even for me to capitulate towards looking favorably on the Sultan of Selangor - who is a Malay ruler - if the Sultan is able to resolve this issue in favor of the people of Selangor....and that is still a big "IF"

So there you have it...the musings of a Malay (me) about the possibilities and the probability of race and religious strife happening within our nation in the not to distant future. In short it is no longer a probability or a possibility....it will happen. It is already happening around us today and you would be in denial if you refuse to acknowledge that reality. Hubris and ignorance shall be the death of our people and our nation! 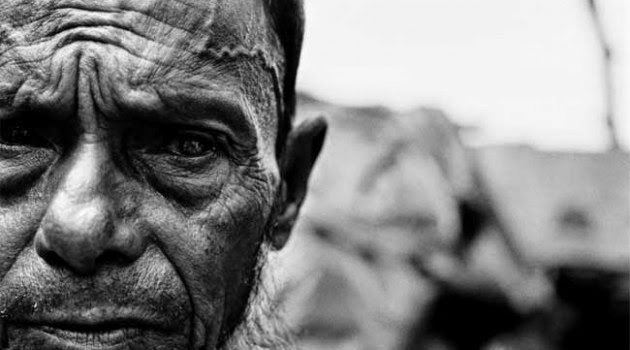 Today our leaders do not have the moral fiber or the slightest inclination to think of anything else but their own political needs and wants. The majority of our electorates are also that way inclined. Corrupt leaders with an electorate willing to be corrupted is a one way street towards hell....and that is where our nation is heading towards now! So help me God!

From the tally of hits on this article I would say that this is one of the most read article I have posted these last few weeks......and yet there is just one comment made. Why?

Guys you must be prepared to have your voices heard and open yourself to the possibility of censure or praise...only then can our society start the process of healing after we know what is in each other's hearts and be prepared to discuss it openly.

What is in the article may or may not be my personal views - that is for me to know...but I had hoped that those who do read what I write will have opinions that they will share with others.  It looks that that is not going to happen.
Posted by STEADYAKU47 at Tuesday, September 16, 2014