The Fish Rots From its Head! 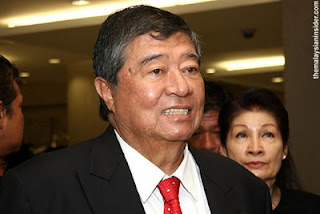 Everyday this Barisan Nasional Government lowers the standards of Governance it sets itself and then consistently fails to achieve them. Tun Dr Ling Liong Sik’s cheating trial (as the Malaysian Insider so aptly put it!) is a case in point.  Tun Dr Ling Liong Sik was the Minister in charge of PKFZ. The bone of contention today was a letter he signed and sent to Mahathir in 2002. There is no denying that the letter was sent by him to Mahathir…what Tun is claiming is that he signed the letter but did not know what he was signing! That he was duped into signing the letter! Well Tun you are in good company!

DAVID Cameron and George Osborne was duped into signing a petition to legalise cannabis!

Children from Channel 4 show Jamie’s Dream School hoodwinked the gullible pair after former Labour spin king Alastair Campbell got them some time with the PM.

Mr Cameron told Henry Gatehouse, 17, cannabis causes health problems then signed a folded piece of paper Henry gave him without reading it. Henry then unfolded the paper and held it out to the camera to reveal it was a petition he was starting. He said: “I did get them all to sign my cannabis legalisation notes, so I am just going to put ‘agreed by’.” 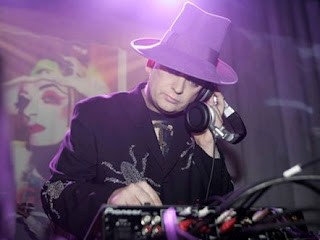 In what must be the most unscrupulous (or shrewd) legal move in the history of dance music, Boy George was duped into signing legal documents when a lawyer posing as a fan asked for his ‘autograph’ during a gig at Manchester’s Essential Club last weekend.
He was in the middle of his set when the sweaty raver asked for his autograph.
Only after he returned his signature did the fan reveal that he had just been served with a statutory declaration in which he agreed to pay an American promoter £36,000.
The promoter in question was behind Club GAY USA. She declared herself bankrupt after Boy George pulled out of a gig at the last minute.She was awarded £36,000 damages by a UK court but Boy George failed to pay up by the deadline causing her lawyers to come up with the cunning autograph sting.

Baywatch star David Hasselhoff was so desperate to protect his £25million fortune that he made his wife sign a pre-nuptial agreement just 30 minutes before they were married.
Pamela Bach was in her wedding dress waiting to walk down the aisle when her husband-to-be thrust a pen and paper into her hands.
Thinking it was a marriage licence, the bit-part actress put her signature on it.
The astonishing events were revealed in new court papers filed in Los Angeles last week as part of one of Hollywood's most notoriously bitter divorces. Hasselhoff, 54, began proceedings in January to end his 16-year marriage. 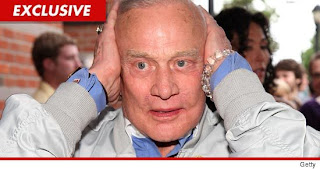 Astronaut Buzz Aldrin the second man to walk on the Moon  was tricked out of making buckets of money off his own name, according to a new lawsuit he's filed against his stepdaughter. Buzz filed the suit against Lisa Cannon, his estranged wife Lois' daughter who helped run StarBuzz Enterprises LLC - which markets and promotes Buzz.
In the suit, Buzz claims Lisa, acting as his lawyer, duped him into signing an agreement that gave StarBuzz all rights to Buzz's name, work, and persona. Further complicating matters Lisa and Lois own more than 60% of the company  and Buzz filed to divorce Lois back in June.
As Buzz puts it in the lawsuit - Lois and Lisa now own, "Most of what he has acquired since the day he walked on the Moon."   Buzz wants a judge to tear up the agreement.
David Cameron, George Osborne, Boy George, David Hasselhoff wife and Astronaut Buzz Aldrin were duped into signing something they would not normally agree to sign because they trusted the people that asked them to sign those documents. David Cameron and John Osborne were left with just eggs on their face and some minor embarrassment. Boy George, David’s Hasselhoff wife and Buzz Aldrin lost some money  - and that was the end of it.
Tun Ling claims that he was duped into signing that letter he sent to Mahathir. Yes we all make mistakes but when this Tun Ling makes one (so he claims!) - it costs our nation billions of ringgits! That he has refused to take responsibility for something that happened in a Ministry he was in charged speaks volumes about the man. Simply put - He has abused  his position in government to make money for himself and his cronies. Circumstances now requires him to take responsibility for his deception. This he will not do because he truly believes in his innocence – if he does then he is a SOCIOPATH!
Sociopath: The sociopath is that truly self-absorbed individual with no conscience or feeling for others and for whom social rules have no meaning.
Common characteristics of a Sociopath:
·      Conventional appearance
·      Glib, superficially charming, often highly verbal
·      Promiscuous sexual behavior
·      Manipulative and cunning
·      High sense of entitlement
·      Lacks a sense of moral responsibility or moral
conscience
·      Shallow emotions
·      Callousness, lack of empathy
·      Lying without remorse, shame or guilt.
·      Interested only in their personal needs or desires,
without concern for other people.
And will he get away with it? Most probably yes! He is being judged by his peers and we all know what his peers have been up to! These Barisan Nasional politicians are thieves, robbers and swindlers and their plundering of our nation will go on and on and on. But the 13th general election nears. We will have our say then. Until then...we wait!