with thanks to : Lawrence of Malaysia

THE STAR Ordered to Enter Defense

23/09/2011: Today the court ordered THE STAR to enter defense for the death of Edward George who died due to Industrial Accident at the THE STAR PUBLICATION printing department located in Shah Alam Bukit Jelutong.  Hearing fixed October 19th, 2011 at 10am. 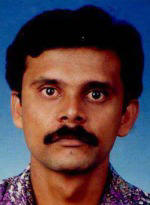 
The STAR reported it wrongly. My brother Edward George died due to injury caused by industrial accident at THE STAR PUBLICATION printing department located in Shah Alam Bukit Jelutong.

The staff found him below the machine and tried to administer CPR and told us that he was not breathing and could not feel his pulse.

Hence he died at the accident site and not "upon arrival at the hospital" as quoted by THE STAR.

His colleague rushed his to hospital. The were no safety officer on site. The printing factory continued to operate as usual.

The safety officer only appeared after 5days after the accident.

The police did their investigation. They did not seal the place where the accident had taken place.

We are currently investigating what could have gone wrong.He has 35 years of experience in the printing industry a very careful and highly disciplined person no rooms for mistakes.
POSTED BY LAWRENCE AT 10:43 PM 0 COMMENTS
Posted by STEADYAKU47 at Friday, September 23, 2011