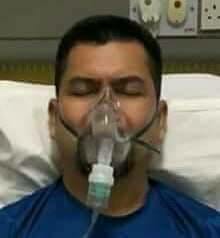 The drama surrounding Jamal Jamban goes beyond the fringe by the day. I know this Jamban guy will not take umbrage with what I am about to say.....I know he will not because he does not know what umbrage means...but I digress.

What need has that Idiot in Seri Perdana for Malays like this Jamban Guy? I thought Berahim Berok was a joke. I thought that Kipidap guy was a much needed a comic distraction for all of us in the times that we all live in now. Then came along that dolts of dolts...Ahmad Maslan and his "I have 3 jobs" claims...only to be eclipsed by that false Tunku who wanted to build a race track for the Mat Remits. All these clowns are loud and most times makes a nuisance of themselves playing court jesters in the court of Mr and Mrs Idiot but these clowns are harmless.

Not this Jamban Guy.

He has been given license...and more disturbing...license and much money...to practise his disturbing brand of "politics" on all of us. His is the politics of racial hate. His is the politics of making loud verbal mayhem and inflicting physical harm not only on the non Malays and non Muslims but also on other Malays and other Muslims who are not of his despicable genre - that of being totally subservient to the politics of Mr and Mrs Idiot. And all this he is now doing and is allowed to do because that Idiot in Putrajaya will have use of, and will make use of, this Jamban guy, should push comes to shove before, during and after PRU 14.

All that the Idiot in Seri Perdana needs to make mischief and mayhem should he thinks he will lose PRU 14 he now has. He already has deep pockets of dedaks...and now with this Jamban Guy he has that other element needed to whip the Umno Malays into a frenzy...a hyped up, crazy dedak driven version of that Din guy waving a Keris in the Umno assembly and threatening to have the streets of K Hell awash with the blood of the infidels. Din was merely part of the theatre of smoke and mirrors that Umno puts up for our consumption every year at PWTC during their general assemblies.

This Jamban guy is not smoke and mirrors.

For Tun Razak to take over government from Tunku a few Infidels had to be killed, a few building had to be gutted and the whole country had to be made to fear for their lives and well being so that our beloved country could then be governed by decree and not by the constitution we all agree.

Now the Idiot who is his son thinks he can do the same as his father come PRU 14. Maybe the Police may do the Idiots bidding to physically contain the rakyat from taking over Putrajaya when they win PRU 14 but not the ARMY. The ARMY pledges their loyalty to KiNG, COUNTRY and the PEOPLE OF THAT COUNTRY....not to that Idiot....so he has need for that Jamban Guy to create havoc and mayhem to justify the need to rule the country by decree.

This, my friend we must never agree to. For this my friend, we must "berani mati". Give a clear and decisive mandate to Pakatan Harapan at PRU 14 so that leeches like this Jamban Guy will crawl back into the stinking dark hole they come from and give a clear message to that Mr and Mrs Idiot in Seri Perdana ....'OUT. GET OUT AND NEVER DARKEN OUR LIVES AND OUR FUTURE EVER AGAIN WITH YOUR PRESENCE!".....LAWAN MESTI LAWAN!
Posted by STEADYAKU47 at Sunday, January 28, 2018