The Timber business...as done in Pahang! 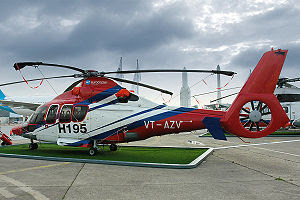 
The State of Pahang has a quota of about 20,000 to 30,000 acres for timber concession per year. The bulk of this is taken by Sultan Ahmad Shah. But again I am ahead of myself….…how much revenue is the State getting from companies operating logging concessions in that state? Without going into what stumpage value is, what clear felling is, what residual value technique is, value of standing timber, Selective Management System, trees below cutting limit and trees above the cutting limit – I am going to simplify matters in this way.

There are two ways to compute this:

This Sultan pays between RM$200 (Two Hundred Ringgit) to RM$2000 (Two thousand Ringgit) premium per acre. Let us just say that again because it is hard to believe that you can get that kind of ‘discount”…between $200 to $2000 per hectare. Since he became Sultan he has been given close to 100,000 hectares of timber concession in Pahang….and that is a lot hectares.

On these figures alone that means Sultan Ahmad Shah has deprived the State of Pahang out of approximately RM150 Million of Revenue. That is a whole lot of money!

I am not going to go into how much money he made from the 100,000 hectares given to him. Suffice to say that that is also a whole lot of money!

But is all this enough to finance his lavish lifestyle?  No way Jose! For starters this Sultan has a personal Eurocopter EC 155  - a long range medium lift helicopter capable of carrying up to 13 passengers – a VIP corporate transport costing US$10 million! This Heli is maintained by………you fill in the blanks!

The damage done by these logging activities have caused the Rakyat in Pahang much suffering from flooding. In the Sungai Lembing flash floods of 2001 - where Sultan Ahmad Shah has 17,000 acres of logging concession - hundreds of houses were flooded. The displacement of wild animals from their natural habitat goes without saying. Despite this happening the State Government   has continued to give him logging concessions close to Taman Negara in Jerantut and also in one of the world’s oldest rainforest area of Rompin. Suffice to say that sustainable forest management principles to ensure the maximization of social, economical and environmental benefits to Pahang are not a consideration that this Sultan actively pursues. The responsibility of implementing the State Forest Management Plan which sought to “ secure the orderly taking, renewal and conservation of trees in accordance with the principles of sustained yield” lies with the State Forest Director. I do not see the State Forest Director being able to work independently of the Sultan’s oft-repeated plea “Please Sir…I want some more”.

Even small areas in Kuantan district belonging to University Islam Antarabangsa have been cut by Sultan Ahmad Shah’s nominee. This constant encroachments of kampong Areas for legal and illegal logging has often resulted in villagers becoming upset – akin to going  ‘mengamuk’ -  because their  Ketua kampongs could do nothing to alleviate the problems caused by these loggings. Recently this was highlighted by TV9 together with the problem the authorities had in trying to construct a 13-kilometre road to ease the problems of the village folks because the timber lorries were moving in and out of the area “like nobody’s business!”

The measly amount of money donated by this Sultan from his timber business to the villages is laughable but then he does need most of it to pay off his gambling debts - and the balance is not even enough to pay for his expensive toys.

The avarice of this Sultan has resulted in him being in direct competition with Amanah Saham Pahang (ASPA). ASPA used to own massive logging concession – close to   one million acres of timberland and had dozen of sawmills and timber complexes. But ASPA is no match to the Sultans and his ‘business partners’ who even siphoned out the logs belonging to ASPA – so much so that all of ASPA sawmills and timber complexes have had to close. This has meant the loss of jobs within ASPA and the demise of a once viable business entity in the state that was once capable of issuing 2000 to 3000 free shares per year to some of Pahang’s Rakyat through Kumipo. Now days ASPA cannot even issue dividends!

Guys this is pretty heavy stuff I am writing now…have to take five and maybe continue esok. Sorry lah!