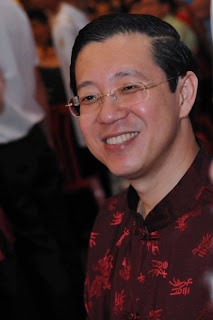 There are things that I know and things that I do not know of happening around me. At my age (sixty three!) I do not burden my mind unnecessarily with matters that I can store elsewhere. By this I mean that when a thought strikes me I usually have a pen and paper handy to jot it down or if I am at my PC – it goes into its memory bank. Then I literally forget about what it is that I have written. I can only recall these matters when I look again at my notes or extract what I have written from the files within my PC. This has become a habit – if I do not write it down I cannot remember it. So going through my notes and PC file is something I do throughout the day to jog my memory onto things that I need to do, to remember and to write about.

A few days back I received a note from LoMei – another Malaysian who migrated to Melbourne – who had a comment on something that I wrote. While I suggested only kopi when we meet I was promised “Malaysian delights like nasi lemak, nasi dagang, rendang, assam laksa, nasi kunyit, Malaysian kopi-o, ayam masak merah”. What was more interesting was a letter attached that was published in Aliran from a Malay Narmi Saila to Guan Eng while he was imprisoned by Mahathir for the Rahim Thambi Chik episode. Here is part of what was in that letter:

“Your conduct and role in pursuit of truth in that scandal earned my deepest admiration. The series of events following that scandal, culminating in the judicial proceedings against you, have turned out to be a classic example of how a verdict in a ‘court of law’ has become subordinate to the ‘court of public opinion’.

Ask any Malay mother anywhere. Few would agree that the famous grandmother in that scandal should have been abandoned by UMNO, and the under-aged girl should have been so blatantly violated, abused and her family silenced and does not know her rights.

By your words and deeds, you challenged the government, police, media, and the judiciary, and exposed yourself to certain incarceration and vindictive punishment by Dr. Mahathir and the political elite.

I have always believed that God works in mysterious ways. Inexplicably, He chose you to put the DAP into sharp focus. He chose you to force Malaysians to look at themselves and reflect on the abuse of basic values in our society.

To that extent, God in His wisdom made the DAP no longer just a Chinese political party, but, overnight, into a truly Malaysian one which fights for the deprived.

I am a Malay with a family of my own. I shall remember you as a Chinese father who fought for the rights of an ignorant poor Malay grand-mother and her sexually abused grand-daughter. I know that when you decided to take on the case, you knew the price for your action would be heavy for you and your family, personally and politically”.

I do not think that I need to go to far into the effect of that letter on me – except to say that I cried inside. I had made a note to go back to the Rahim Thamby Chik episode and forgotten completely about it – until I came across it in my PC today.

Today Guan Eng is the Chief Minister of Penang. His sacrifices and commitment to what is right and just for a Malay Grand-mother and her granddaughter has earned him the right to represent all of us.

I intend to write about Rahim Thamby Chik – but for now I want to say this. Guan Eng thank you for your courage. Kit Siang must be very proud of you. We are proud of you. I hope one day to be able to have the honor of thanking you personally – until then I will wait.