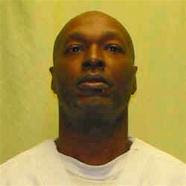 Ohio execution delayed week after vein troubles
By STEPHEN MAJORS (AP) – 7 hours ago
LUCASVILLE, Ohio — Gov. Ted Strickland ordered a weeklong reprieve for a condemned inmate on Tuesday after the Ohio execution team had problems finding the inmate's veins during the lethal injection process.
Executioners struggled for more than two hours to locate suitable veins for inserting IVs into 53-year-old Romell Broom, who was sentenced to die for the rape and slaying of a 14-year-old Tryna Middleton in 1984.
No Ohio governor has issued a similar last-minute reprieve since the state resumed executions in 1999.
The team began working on Broom, in a holding cell 17 steps from the execution chamber, at about 2 p.m. They stopped at about 4:30 p.m. Broom attempted to help the team access his veins, and after one failed attempt, he covered his face and appeared to be sobbing.
Broom's lawyer, Tim Sweeney, wrote Ohio Supreme Court Chief Justice Thomas J. Moyer asking him to end the procedure.
"Any further attempts today to carry out the execution of Mr. Broom would be cruel and unusual punishment in violation of ... the U.S. Constitution," he wrote. "They would also violate Ohio's statutory requirement that a lethal injection execution is to be quick and painless."
Prisons director Terry Collins said he asked Strickland for the reprieve at about 4 p.m., but that the difficulty "absolutely, positively" does not shake his faith in the state's lethal injection procedure.
Broom had asked to see his attorney, Adele Shank, as the team struggled, but she was not allowed access to him due to policy that says the inmate cannot have contact with lawyers once the injection process begins. Shank said she was concerned because it appeared Broom winced in pain.
"I think it was obviously a flawed process," said Shank.
A medical evaluation Monday determined that veins in Broom's right arm appeared accessible, while those in his left arm were not as visible.
The scene Tuesday was reminiscent of the problems that delayed executions in 2006 and 2007 and led to changes in Ohio's lethal injection process.
In 2006, the execution of Joseph Clark was delayed for more than an hour after the team failed to properly attach an IV.
Since Clark's execution, the state's execution rules have allowed team members to take as much time as they need to find the best vein for the IVs that carry the three lethal chemicals.
The state also had difficulty finding the veins of inmate Christopher Newton, whose May 2007 execution was delayed nearly two hours.
In that case, the state said the delay was caused by team members taking their time as opposed to an unforeseen problem.
Ohio has executed 32 men since Wilford Berry in 1999, an execution slightly delayed also because of problems finding a vein.
Posted by STEADYAKU47 at Wednesday, September 16, 2009