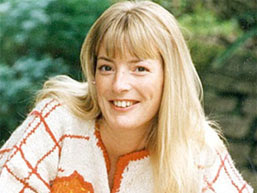 The woman who inspired The Beatles' legendary song Lucy in the Sky with Diamonds has died aged 46 from an autoimmune disease, the charity that supported her announced on Monday.

Lucy O'Donnell was at school with John Lennon's son, Julian, when she was three and it was his picture of her in 1966 that inspired the classic song.

According to various biographies of The Beatles and O'Donnell herself, the young Julian took the picture home to his father and explained: "It's Lucy in the sky with diamonds."

The song, which featured on the Fab Four's 1967 album Sgt Pepper's Lonely Hearts Club Band, caused huge controversy at the time because of its psychedelic theme and supposed reference to the drug LSD though its initials, a charge always denied as pure coincidence by the songwriter Lennon.

Julian Lennon and O'Donnell - who became Lucy Vodden after her marriage - resumed their friendship in recent months after she became ill with lupus, the disease of the immune system that led to her death last Tuesday.

"Everyone at the Louise Coote Lupus Unit was dreadfully shocked by the death of Lucy," said Angie Davidson, campaign director of the St Thomas Lupus Trust that helped Vodden during her illness.

"She was a great supporter of ours and a real fighter. It's so sad that she has finally lost the battle she fought so bravely for so long."

The trust added that Lennon and his mother Cynthia were "shocked and saddened".