A Member of Parliament and two aides of politicians from Selangor were slapped with charges involving false claims and cheating, at the Shah Alam Sessions Court today.

MACC CAN SEE NOTHING?

How come MACC cannot see this big elephant that is in their corner? 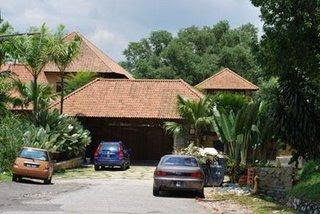 another angle of the same elephant 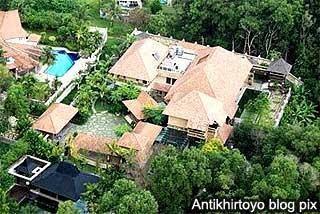 And one more for the road 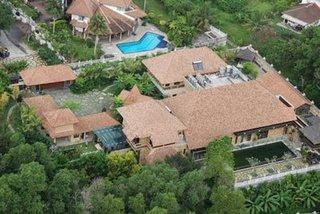 And the guy who owns this was formerly MB of Selangor. This is how he looks - in case you do not have an image of him! 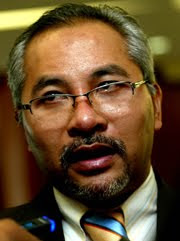 If MACC still cannot see the elephant then try look up the defination of GAJAH - it is the same thing! And to save you the trouble of doing investigative work because you are too busy chasing Pakatan Rakyat's people - I attach herewith the relevant information that can put this greedy Menteri Besar in Sungai Buloh for a great deal of years.


DAP’s Ng See Lim on July 6, 2009 revealed documents which allegedly confirms allegations which first surfaced over the Internet months ago that Dr Khir owns the mansion on Jalan Suasa 7/1L in Shah Alam, that costs upwards of more than RM23 million. He said the resort-like home of the former mentri besar had been built on two plots of land measuring over 50,000 sq ft or 1.17 acres, dwarfing the infamous Istana Zakaria built by the late Port Klang assemblyman Datuk Zakaria Md Deros.


In his rebuttal, Khir Toyo said he took a RM3.5 million loan to buy a sprawling Balinese-style mansion in an exclusive neighbourhood, brushing off allegations that the property is valued at RM24 million. He has threatened to sue Sekinchan Assemblyman Ng Swee Lim for making the claim, pointing out that HSBC would not have approved the loan if it was not above board and also countered claims that he could not afford to purchase the house on what he was being paid as mentri besar at the time.

Ng continued focusing his attacks on Khir’s finances, and argued that it was also not possible for the Khir to afford the RM3.5 million loan he claimed to have taken from HSBC to buy the mansion. He alleged that Dr Mohd Khir would have to pay RM16,000 a month to service the loan, while his allowance as opposition leader was just over RM8,000 a month. Khir explained that he was able to pay the housing loans as his side income as a dentist was high because he not only specialised in dentistry but also specialised in cosmetic dentistry and that the cost of a dental implant was anything between RM40,000 to RM50,000. This was however disputed by PR assemblyman and state executive council member Dr Xavier Jeyakumar who said there was no way Dr Mohd Khir could have been practising dentistry legally while still the mentri besar. He had made checks with the Malaysian Dental Association showing that Khir did not have a licence to practise during the eight years while he was mentri besar and only just renewed his licence. When Dr. Khir was a Menteri Besar he earn about RM48,000 per month. Before he was a Menteri Besar he earned about RM60,000 a month as a dentist. After 2007, he own a few business which include a dentistry clinic and a pharmacy

Email ThisBlogThis!Share to TwitterShare to FacebookShare to Pinterest
Labels: MACC - see the elephnat