steadyaku47 comment: This was forwarded to me and  I am posting it here for those who have yet to read it. 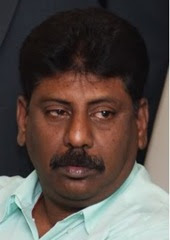 Bala alleged that carpet businessman Deepak Jaikishan, an aide of the Prime Minister’s wife, Rosmah Mansor, instructed him to meet Nazim on the day he made public his statutory declaration.

He said the first statutory declaration in which he claimed that Najjib had a relationship with murdered Mongolian model Altantuya Shariibuu, a lover of the Prime Minister’s associate Abdul Razak Baginda, was true.

But he withdrew it and signed a second declaration after he was taken to see Nazim at the Curve in Damansara on July 3 2008 when he was told by the Prime Minister’s architect brother to “follow instructions if he loves his family.”

According to Bala, the specific instruction to him was to withdraw the July 3rd statutory declaration and leave Malaysia immediately.

Hours after that meeting, Bala signed a second statutory declaration which was prepared for him and later issued to the media.

He and his family were then taken by road to Singapore before being flown to Thailand and and Nepal and eventually to India, where he has been hiding since.

Bala gave the startling account of the alleged threats made by Nazim in a tell all interview done overseas which concluded with him saying:  “As a family man, I want to have a normal life. I want to put a stop to all this. ”

FreeMalaysiaToday was provided with excerpts of the interview done in the presence of three lawyers including Bala’s.

In the hour long interview, Bala gave an account of money allegedly promised by Deepak, whose orders Nazim told him to follow.

He claimed Deepak offered him a RM4 to RM5 million deal to sign the second statutory declaration retracting his allegation against Najib, and to remain overseas until Najib was installed as Prime Minister.

In the course of their conversations, Bala said Deepak related to him how he came to know Rosmah and even offered to arrange a breakfast meeting with the Prime Minister’s wife.

“(Deepak said) I can come back to Malaysia after Najib become the PM.  (Also) he will make arrangements to have breakfast with Rosmah (for her to ) thank me ,” for retracting the first SD, Bala added.

However, no breakfast meeting took place with Rosmah, and Bala said he never received the RM5million sweetener promised to him.

Although Najib’s smooth ascension to power took place as scheduled in April this year, Bala saw little to suggest that he would be allowed to return to Malaysia to lead a normal life with his family.

Bala said Deepak gave him about RM750,000 in total to cover expenses for him and his family during their stay overseas. The money was mostly banked into his account with cheques issued by Carpet Raya Sdn Bhd, of which Deepak is a director.

Another revealation by Bala was his meeting with a Malaysian Police Special Branch team which tracked him to Bangkok in July last year.

Bala said the officer in charge of the Special Branch team, ASP Muniandy, asked him which of the two statutory declarations was true.

“ I told him the first SD was the true SD. Then he just shook my hand and said ‘You are really brave,’” Bala quoted Muniandy as saying.

He said the police team then proceeded to record a statement from him for nearly seven hours on the contents of the first statutory declaration and events leadings to the release of the document.

Given the circumstances of fear and continued harrassment against him and his family, Bala indicated he wanted to start his life   afresh overseas with his family rather than returning to Malaysia as long as Najib and his people were in power.

Email ThisBlogThis!Share to TwitterShare to FacebookShare to Pinterest
Labels: Bala